Vaccine success is already boosting the economy and consumer confidence in Chile. But another Covid surge shows that a cautious approach in tourism recovery efforts is imperative alongside the vaccination race.— Lebawit Lily Girma

In stark contrast to October 2019, when Chile’s major social uprising sent its tourism sector tumbling, the South American nation’s visitor economy could rank among the first to recover from the global pandemic.

As of a week ago, Chile surpassed the five million mark in vaccinated citizens out of a population of 15 million, with over a million having received two doses. This vaccination rate has catapulted it to the top of the global vaccination race, with jabs even reaching Antarctica.

It’s great news for Chile’s overall economy, which analysts said is already showing signs of growth in 2021 and that its gross domestic product forecasts were “the fastest expansion since at least 1986.” But with another Covid wave now throwing the country back into lockdown, tourism leaders appear to be taking varied approaches towards the recovery of tourism.

Chile’s tourism ministry, Servicio Nacional de Turismo (Sernatur), has a more conservative stance — it has no plans to rush the loosening of border restrictions in the name of tourism recovery, not even for vaccinated visitors.

“We see that we could already think of a recovery towards the second semester in terms of inbound international tourism,” Andrea Wolleter, national director of Sernatur, told Skift. “Our peak season runs from October to March, therefore we are projecting recovering that season.”

By contrast, Chile’s tourism association, Federacion to Empresas de Turismo de Chile (Fedetur), released its newly revised tourism projections this month. According to Fedetur’s statement to local media, an estimated 1.8 million tourist arrivals or a rebound of more than 50 percent over 2020 is expected for 2021, thanks to the vaccine, with projections showing an increase beginning as early as June 2021. Skift reached out to Fedetur but did not hear back in time prior to publication.

It’s likely that Chile had not anticipated Covid’s new threat to its vaccination progress, and to its anticipated tourism recovery pace. It isn’t alone in that respect, but it’s a lesson that other countries should heed as they rush to lift entry restrictions for vaccinated tourists this summer.

A DOUBLE BLOW TO TOURISM

When Covid hit, it was a double blow for Chile’s tourism industry, which had been reeling from the country’s violent protests months prior. According to Sernatur’s annual report on Covid’s impact on tourism, Chile received four million visitors in 2019 which represented a 20.9 percent dip from the prior year, most likely due to the protests.

Tanking further due to the pandemic and border closures, by November 2020, tourism was at 96.6 percent below 2019 levels, while domestic tourism also fell by just over 71 percent. Just over 36 percent of tourism jobs were lost in 2020, and lodging and restaurant employees ranked among the top three most affected industries that received government benefits. Chile’s government recently announced up to $70 million in grants for tourism businesses, over 90 percent of which consist of small and medium enterprises.

According to Fedetur, local tourism saw certain areas of the country remain busy during the holiday season, most of those involved rental homes and drive destinations, leaving the tour operator and hotel sector reeling without international tourists.

But 2021 isn’t looking as dim. Originally Fedetur had anticipated 1.1 million visitors, similar to 2020 arrivals — but that number has increased thanks to the success of Chile’s vaccination, coupled with vaccination speed in the U.S., one of its primary markets.

“It’s a lot of hope because of the vaccination,” Marco Lucero, co-founder of Chile-based Cuidadores de Destinos, a destination management company, said, pointing to the results of a new Assist Card study released this week, showing that Chileans ranked first among Latin Americans who were running online travel searches, followed by Colombians.

The study also revealed that Chileans were most interested in domestic destinations short-term, with seven cities turning up among the top 10 searches, and international destinations Miami, Buenos Aires and Cancun as top three searches for the second half of the year.

Conversely, looking ahead at the post-Covid international visitor to Chile, Wolletur said that Chile has an enormous opportunity given its tourism industry is primarily focused on nature and the outdoors, including vineyards and Indigenous experiences.

“We are going to promote Chile’s advantages more aggressively, once there are fewer restrictions,” Wolletur said. Part of that push includes digitizing ticketing systems for entry to popular national parks, which is now in place for Torres del Paine.

Lucero said that Chile’s tourism industry remains focused on short-term survival goals rather than shaping “build back better” changes for tourism. “Definitely I think there’s a lack of long-term view — how do we take this opportunity that this crisis has given us to have a look into what’s happening in our destination, in San Pedro de Atacama, Torres del Paine, Easter Island?” Lucero said, noting that these areas’ decades-long dependency on tourism has caused them to lose their agricultural knowledge and traditions.

TOURISM AS A TOOL FOR SOCIAL CHANGE

Meanwhile, as Chile’s economy shows signs of a rebound, in stark contrast to neighboring Latin American countries, Chileans are also preparing for an optimistic year of social change. After an overwhelming majority voted to draft a new constitution in November 2020, the process is set to continue with a vote in April 11 for the 155 constituents — including a set number of seats for Indigenous candidates — who will be tasked with drafting Chile’s post-Pinochet era constitution.

The immediate present may have dimmed again for Chile, and inequalities run even deeper because of Covid. But between prioritizing vaccines and the promise of a new law of the land on the horizon, there’s light at the end of the tunnel and a sense that tourism has the potential to be part of that holistic change for a more equitable society, one which will eventually attract the post-Covid conscious traveler.

“After the social uprising, the tourism industry started asking ourselves how do we have equality in tourism, how do we help our country as well using tourism as a tool?” Lucero said. “Those conversations were very, very important — that’s what got me to stay here and I think it is also what we will use in the future as a resource to dream and imagine tourism for good in our country.” 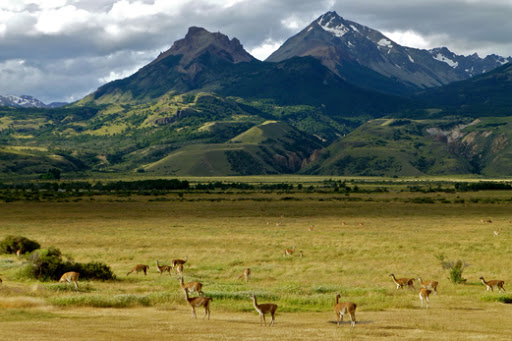 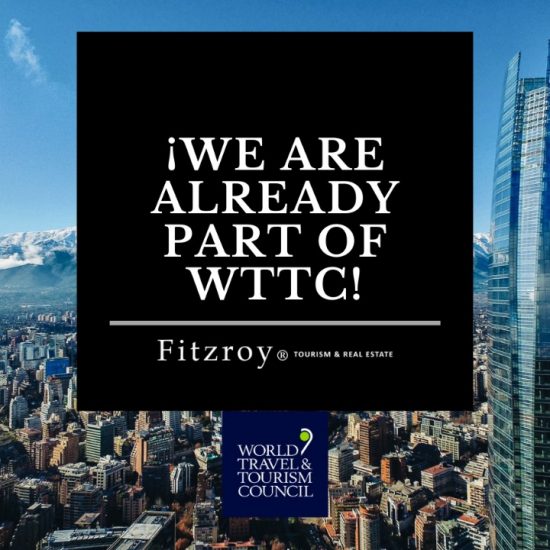