Hospitality: The signs are pointing to a recession 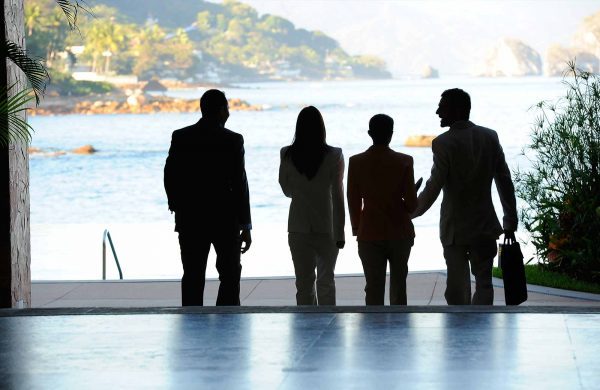 Hospitality: The signs are pointing to a recession

The hotel industry is experiencing deteriorating demand dynamics, and many are concerned about the prospect of falling room rates. A recession appears imminent, or perhaps has already begun.

“Hope for the best, expect the worst.”

Mel Brooks wrote those words in a song for his 1970 movie, “The Twelve Chairs.” When looking at the downturn that I believe the industry is currently experiencing, I think that line might best sum up the approach industry participants should take. What is called for, in my view, is caution, careful spending, disciplined capital allocations and, perhaps most important, extreme care in setting room rates.

Three months ago, I wrote that I believed a downturn had already begun in the industry. Now there is more evidence of that downturn and growing evidence that a recession is either underway or coming soon. My friends at STR remain confident that occupancy can remain stable, though there are signs it is beginning to deteriorate. They strongly caution against rate cutting—this is sound advice. As they point out, one weak operator can attempt to gain market share by lowering rates, only to pull down the whole market. (STR is the parent company of Hotel News Now.)

There are a number of signs of a slowing economy. Business spending has been slowing for a while and consumer spending is not exactly robust. Recently, inventories ticked higher, suggesting that there might be a period of slowing wholesale activity until inventories return to more manageable levels. And the recent attacks on Saudi oil fields, along with continued tensions in the Persian Gulf, could lead to higher oil prices, further crimping U.S. growth. The GM strike is also a negative factor which will likely lower consumption in a number of markets.

Internationally, China is experiencing slowing growth, and most economists believe the ongoing trade war is hurting growth on both sides of the Pacific. In addition, Europe has its own issues and the ongoing uncertainty around Brexit is just compounding the dark shadows over the outlook.

All of this, coupled with the current political situation in the U.S., has corporate leaders in cautious mode.

And the recently announced plan to proceed with an impeachment investigation can only make the situation worse. Distraction among managers and investors, along with uncertainty about policy direction, often leads to slower investment spending. Businesses are likely to focus on managing spending on “controllable costs,” including travel, group meetings and attendance at trade shows and conventions.

One of the biggest signs of a pending recession is coming from the bond market. An inverted yield curve has been a perfect indicator of a future recession. This indicator has been flashing red for a while, with short-term interest rates higher than longer-term rates.

But more worrying is the turmoil in a small, somewhat obscure corner of the debt market, the overnight market, including for repo financing. Repo financing is nothing more than borrowing against a security held on a balance sheet, technically structured as the sale of that asset with an agreement to buy it back. In the case of overnight repos, the transaction is structured to buy the security back the very next day. Banks have to balance their assets and liabilities every day, taking into account new deposits and withdrawals, new loan disbursements and loan payments and payoffs. They often borrow or lend to keep the books in balance.

A funny thing happened in late September: The market was imbalanced with many fewer lenders than borrowers, such that annualized borrowing rate rose above 10% at one point. The Federal Reserve had to inject several hundred billion dollars into the financial system to stabilize this market, yet rates have remained stubbornly above Fed targets.

Why did this imbalance happen? There are many theories, but most center on large estimated tax payments to federal and state governments due September 15, as well as an extremely large supply of federal debt being issued to fund the now-$1 trillion national debt. This left little cash on balance sheets of financial institutions forcing them to borrow funds.

So how do hotel owners and operators navigate in the face of this uncertainty? Very carefully. A great deal of attention must be paid to cost control, but at the same time, given the tight labor market, operators have to be mindful of employee morale and retention.

While interest rates remain quite low and debt is widely available, high leverage levels can decrease flexibility in a downturn. Too much debt, rather than not enough income, is what leads to owners losing hotels in downturns.

The biggest challenge is rate setting. Every hotel operator wants occupancy, but too much discounting may only serve to lower rates marketwide.

Make plans for bad times. But don’t give up hope.

After a 30-year career as a stock research analyst, David Loeb created Dirigo Consulting LLC, which advises on capital markets, strategy and communications issues. Clients have included REITs, brands, and private equity investors. He a member of the board of directors of CorePoint Lodging Inc., a publicly traded hotel REIT. He can be reached at davidloeb@earthlink.net.

The opinions expressed in this blog do not necessarily reflect the opinions of Hotel News Now or its parent company, STR and its affiliated companies. Bloggers published on this site are given the freedom to express views that may be controversial, but our goal is to provoke thought and constructive discussion within our reader community. Please feel free to comment or contact an editor with any questions or concerns.