How bad will get when tourism meets climate change 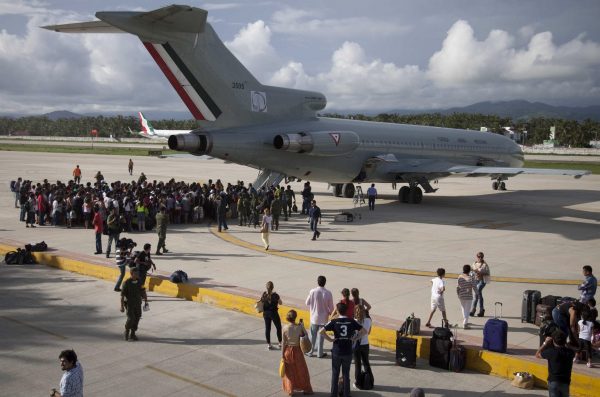 How bad will get when tourism meets climate change

The effects of climate change and overtourism on global destinations will converge over the course of the coming decades. Leaders need to start planning now for a world defined by overcrowding and limited resources.

As cities and destinations around the world grapple with overcrowding from increased travel and tourism, most remain at a loss for how to effectively limit the negative effects of overtourism while maintaining the strong economic benefits that come with increased travel.

At the same time, with the endemic threat of climate change on the horizon, cities and countries are working to become more sustainable and to better quantify the resources at their disposal. The two challenges are tied together, even if most destinations are unsure of what to do about both issues.

In the years and decades to come, the struggle to contain the ill effects of travel and the new challenge of grappling with the unpredictable impact of climate change will converge.

When cities become stressed, people will flock to the cities most flexible and well-prepared to thrive under a new status quo. Right now, the world is undergoing another type of shrinking thanks to the democratization of tourism and travel. Smart destinations will use tourism as a test case for quantifying and strategizing around the impacts of a future defined by limited resources and the abundance of people moving through cities.

The quest to develop frameworks and strategies to deal with increased tourism and an uncertain future are just under development now. Travel and tourism will serve as the test bed for change that will have long-lasting ramifications for the world.

“We don’t see a lot of destinations that actually take the time to plan,” said Leigh Barnes, chief purpose officer of Intrepid Group, a global tour operator. “Destinations were unaware of it. They just wanted the tourism dollar. Destinations where there’s a lot of preservation that needs to happen are proactive in that sense of limiting impact on their culture, but the impact on culture is pretty great [regardless]. You’re going to have a hard time finding a Venetian in Venice, so how authentic can Venice be today?”

The problem: There is a distinct lack of solutions based on data coupled with political challenges faced by destinations in even conceptualizing a long-term plan to control tourism growth with a focus on quality of life for residents. It is one thing to discuss the pollution of airplanes and cruise ships, for instance, but another to measure the stress put on cities and attractions by an increased number of visitors and the international cadre of workers who serve them.

As the effects of global climate change become more severe and unpredictable, the need for cities to adopt a data-based approach to management will become essential. Travel companies, too, have a responsibility not just to the travelers they serve but the destinations and cities they operate in.

There’s also no blueprint for building a smart city that automatically tracks tourist movements and resource use, despite the hype, meaning the path forward will have to be developed now by ambitious destinations and visionary leaders.

High technology and old-fashioned tourism strategies are now colliding in places as disparate as Tasmania, Barcelona, and London. What do destinations need to know, and do, in order to prepare for the future of not just travel, but life on Earth?

The global outlook for the impacts of overtourism and climate change is overwhelmingly dismal despite widespread calls to find solutions to both. The immensity of the problem is so huge that it can be daunting to even conceptualize a plan for the future.

Travel and transportation are suspected to account for about 8 percent of global greenhouse gas emissions, with consumer travel accounting for about half of those emissions. Air travel has doubled in frequency over the last 15 years, and is set to double once more by 2030, according to the International Air Transport Association.

With regard to travel, countless environmental impacts go untracked around the world. It’s easier to point to the carbon emissions produced by airlines or cruises than quantify the effect that a 10 percent annual increase in tourism has on Reykjavik’s stressed waste management system, for instance, or Barcelona’s troubled water supply.

This reflects the diversity of different political models and the complex web of bureaucracy developed to oversee destinations around the world.

The reality is that countless cities have already shifted to accommodate and serve tourists at the expense of local residents. The clock can’t be turned back to 20 years ago before the democratization of travel and the flattening effect that the global tourism sector has had on urban design and the individual business communities in cities around the world.

Tourism increases the need for workers, which while not technically locals represents a whole other issue, particularly in the European Union where hospitality and tourism workers routinely cross borders in search of stronger wages. There is also the matter of the supply chains that feed both locals and tourists, which will become stressed as climate change intensifies.