Will American Outbound Travel Ever Be the Same?

International travel has been dramatically reduced all over the world, but getting the U.S. outbound market back to normal may be more challenging than elsewhere.

Americans have long been the butt of an international joke that they don’t like to travel overseas.

But for the past few years, that accusation has been increasingly unfair. Outbound trips taken by Americans have increased steadily in the last decade or so, with a particularly precipitous rise in the last two years thanks to the strong dollar, reaching 97 million trips in 2019. Then, of course, came the force majeure that has disrupted everything in the travel industry — Covid 19 — including that reliable upward trend of of outbound American travel.

And as the dust begins to settle, though certainly not clear, it’s apparent that some sizeable hurdles remain that may prevent U.S. outbound travel from returning to its previous levels. Some of these barriers — such as the somewhat rational fear of spending 12 hours on a plane with a bunch of strangers after a harrowing pandemic — are the same ones that will affect other countries’ outbound tourism numbers. But others are uniquely American.

Tourism analytics firm Tourism Economics estimates that outbound trips will fall between 60 and 80 percent globally in 2020, with U.S. outbound trips falling around 70 percent. The American Society of Travel Advisors sent a letter to the Centers of Disease Control and Prevention this week outlining some of the particular challenges the U.S. faces in striving towards recovery.

The strongly-worded note called on the CDC to, among other things, provide more clarity to Americans about when it is, indeed, safe to travel, and how. It noted that “in the absence of clear communication, the entire population remains essentially in the dark, left to rely on a patchwork of regional, state and local pronouncements to inform their decision making with respect to travel.” ASTA surveys show that messaging from the federal government is more meaningful to Americans than other authorities or bodies.

Eben Peck, executive vice president of advocacy at ASTA, said the group would like to see more detailed guidelines for sectors like aviation, hotels, and tour operators — similar to what the CDC issued last week regarding large events.

Beyond the lack of clarity that may be preventing some travelers from booking future trips, the most immediate issue, of course, is that a lot of countries that are re-opening for travel don’t want Americans to visit. After all, one of the primary ways many countries are striving to keep the virus under control is to prevent visitors from nations with high infection rates, hence the rise of travel bubbles. Despite President Donald Trump’s superlative statements to the contrary, the U.S. has struggled to contain the virus relative to many other nations, and its laissez faire approach to reopening after lockdown doesn’t bode well for future infection rates.

On June 15, much of Europe began reopening its borders — but Americans are not yet welcome in most states. Similarly, the likes of South Africa, which is making plans to cautiously open its tourism economy later this season, may have to exclude one of its biggest source markets, the U.S., under its potential plan.

“I guess right now as we’re just starting to come out of this, it’s understandable that [countries] would start on a limited basis,” Peck said. “But we don’t want it to go on for too long. That Americans are prohibited from traveling to large swathes of the world — that is not a great situation.”

Adam Sacks, president of Tourism Economics, isn’t so convinced though. He says the phenomenon of Americans being unwelcome in nations abroad is likely to be a “short term problem”

“I think the economics of the importance of the U.S. traveler are going to prevail,” Sacks told Skift. He conceded it’d been “a challenging season for the U.S. in terms of perceptions and positioning, and of course the effects of the pandemic, but I think it’s reasonable to assume that sometime in 2021 things begin to shift back to seeking out American travelers as a significant source of revenue for business.”

Sacks may have a point. The UK — which finds itself with a similar pariah status thanks to its handling of the pandemic — is already showing signs of creating successful bilateral travel bubbles with important markets, such as Portugal.

Nevertheless in its letter, ASTA called on the U.S. government to begin focusing diplomatic efforts on “working with governments across the globe to restore a free flow of travel across borders,” while still respecting health precautions. That sounds like a reasonable expectation, but it may be a tall order for an overstretched State Department that just began issuing passports for the first time in three months.

It’s currently working through a backlog of 1.7 million dating back to February. Peck told Skift some ASTA members had reported that clients who booked travel later in the year had been concerned that not having a valid passport would be a reason they wouldn’t be able to go. Peck said ASTA is relieved that issue appears to have some movement towards being resolved.

Of course, if Americans don’t go overseas that could be good for domestic tourism, which will get a sizeable chunk of the $139 billion that U.S. travelers would have spent abroad. To that end, Sacks said the U.S. is somewhat well-placed to make good of a bad situation.

“What we’ve pointed out is that last year there were 97 million outbound U.S. trips internationally, but there [79] million trips inbound,” Sacks told Skift. “The U.S. can offset the precipitous drops in inbound travel simply by retaining inbound travel and converting it to domestic. And for the U.S. it’s fairly close to [parity]. When you move into Europe it gets into a little bit of a different situation.”

To that end, there has been talk of the Trump administration creating an “Explore America” tax credit to spur on domestic travel. While Sacks said American travelers do not spend as much as international visitors — the latter spent $154 billion in the U.S. last year — the potential size of the domestic market makes this a viable option to help the travel industry get out of what Eben called “death valley.”

Overall, Sacks isn’t entirely convinced that the market will never return to what it was. But he does advise a lot of patience.

It’s very difficult to imagine a world that begins to look like what it did in 2019, but I caution heavily against the category of new normal in this case,” Sacks said. “For international travel we’re looking at a four year recovery period. So it’s significant, but I think we will get there inevitably.” 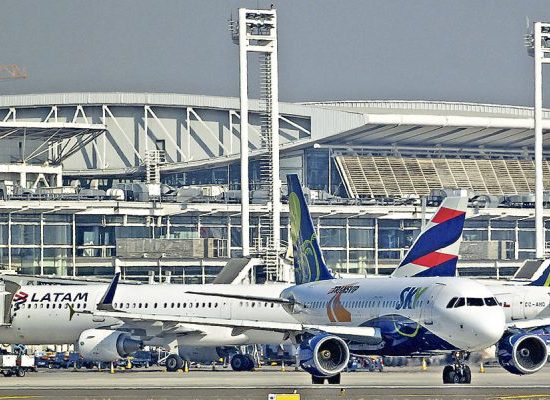